Originally from County Longford, Ireland, Frank Quinn worked as a New York City cop with a sideline playing accordion. This recording of “The Union Reel” may have single-handedly preserved an essential traditional tune that was in danger of being forgotten in the early 1920s. 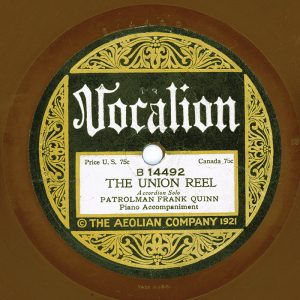