The full title of today’s reveal, per the cylinder announcement, is “Uncle Josh Weathersby Extends an Invitation to the City Folks to Visit Him Down on the Farm” by Cal Stewart (ca. 1899). It’s not appreciated much anymore, but Stewart’s characterization of the occasionally bumbling Uncle Josh was meant to give the rural farmer a certain respect not commonly extended to “rube” characters on the stage. The “hayseed” character was an outrageous, one-dimensional stock figure. In clothes, manner, and humor, Stewart brought dignity to his creation. Tune in tomorrow for something of a “response” song. 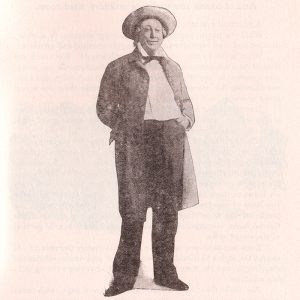